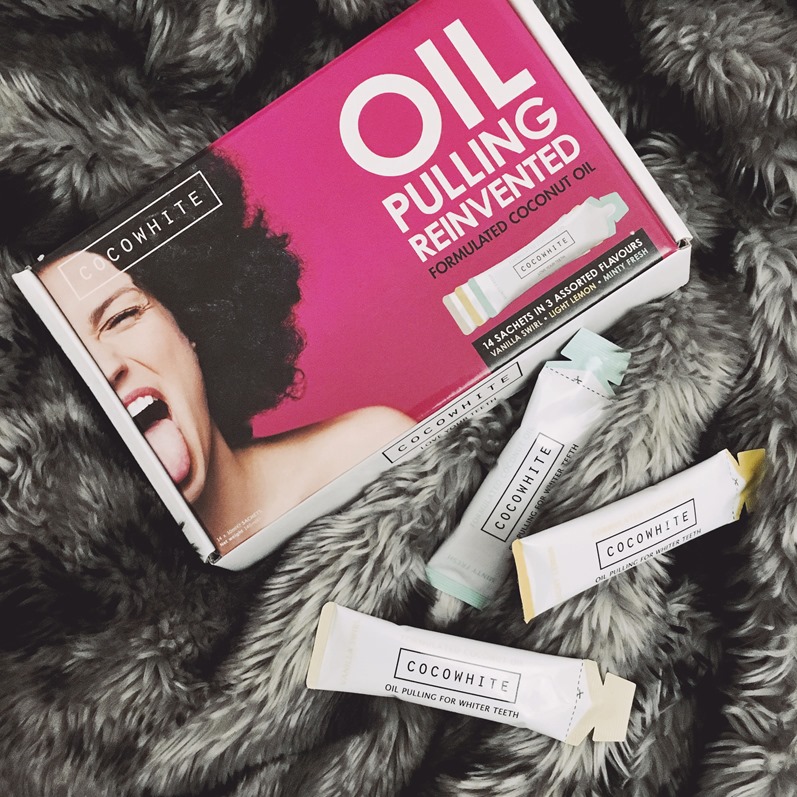 Even though I’m a blogger and receive many samples of every kind for tests and reviews, I still am a curious girl who likes new stuff and shopping and buys things that are interesting – it’s not always about sponsoring. ;) That’s what happened to me with → Cocowhite. My dad has been oil-pulling for a while and I also read about it on some friends’ blogs, like → Caterina and → Anna, and when I had Cocowhite in my Instagram recommendations, I was curious to finally try the little sachets myself. I ordered a two-week course with all available flavors and couldn’t wait to do it for the first time. Gladly, my package from the UK arrived pretty fast and I finished the 14 days on Friday, so here’s a very fresh review.

I want to start by saying that you can do this cheaper, of course. Like by using regular plant oil or just plain coconut oil. I just found it interesting, especially because they offer three flavors – “Minty Fresh”, “Light Lemon” and “Vanilla Swirl”. I read that coconut oil can be bitter, that’s why I thought that having some nice taste in my mouth for my first round could be good – and I wasn’t disappointed. My favorite flavor is “Vanilla Swirl”, directly followed by “Light Lemon” and “Minty Fresh”, which is my least favorite flavor, but it’s still good.

Having these sachets is also pretty practical. We were at home for a week, which isn’t a big deal because I could have brought a glass of coconut oil and would have had a spoon at home, but think about being on vacation when you still want to do your daily oil pulling, it’s a nice thing to have. No glass to bring, no need of a spoon – just scissors (hm, maybe not so good, but usually every hotel has a little sewing set for emergencies, so…). Well, it’s just a thought.

Anyways: my experience with Cocowhite was great. I loved that I can choose the flavor I want and the amount of oil in every sachet (10 ml) was just right.
The first day was super easy, I did it for the recommended 15 minutes without any problems, but then it got harder and harder every day. Sometimes I had the feeling that my mouth is completely full and I can’t move anything anymore, my lips were shaking, which is a weird feeling. So there were a few days when I just managed to do it for 10 minutes – but that’s okay. Cocowhite recommends doing it for at least 5 minutes, but I think that’s a little bit too short. 10 minutes to 15 are great, you can also extend it to 20 minutes if you feel like it.
It’s pretty important to warm up the oil (for example between your hands) because coconut oil is hard when it’s cold and the feeling of hard coconut oil in your mouth is pretty disgusting, sometimes I still had little pieces of it to melt in my mouth and I really didn’t like it. But of course, if you’re not as squeamish as I, you can use it like that – it melts very fast.
I sometimes did it in the morning, but for the most part in the evening. Even though I have the feeling that doing it in the morning is better, I had more time before sleeping. That’s especially because at home with my parents I was pretty stressed and had to rush in the mornings. But I think that doing it before sleeping is also good, since the bacteria also accumulate during the day. Anyways, I actually prefer to do it right after waking up. And then brush my teeth afterwards.

What’s most interesting is the whitening result. I don’t really want to show my teeth online, since I don’t like their color. I don’t know why they’re so yellow because I’m not a regular coffee or tea drinker, I don’t smoke and there’s actually no reason why they should look like this. But since a review isn’t a review without the “before and after”, here they come. Just ignore the stupid look of my mouth. ;) 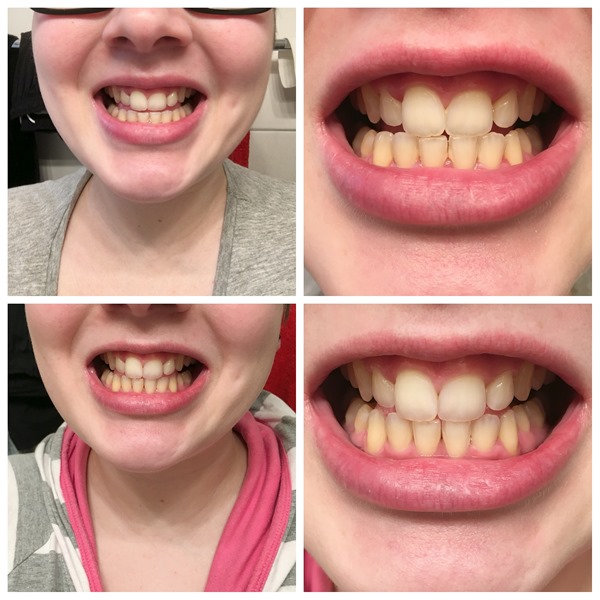 I think there’s still potential and looking at the results that they post on their own Instagram, the whitening effect can be even better and stronger. But I have to say that I didn’t expect anything and was actually surprised to see that there’s at least a small effect. It does even look a bit whiter in reality. So there’s definitely one point for Cocowhite. It’s interesting that oil pulling really whitens the teeth.

But that’s just one of the promised effects of oil pulling. Oil pulling is said to be good and like a detox effect for your whole body. By swishing the bacteria away that’s in your mouth, your whole body can be healthier. I think this effect won’t come from a two-week course but after some months maybe. So right now I’m having a break, but I will definitely repeat it and continue to do it. Maybe next time with the glass of coconut oil – because it’s cheaper. :) Even though Cocowhite has some discount offers from time to time, so you can usually get your favorite flavor with 25% off or so. They also offer a monthly subscription – so if you prefer a good taste in your mouth while oil-pulling and have the money for it left, why not? I, for myself, really liked the experience so far and I’m really curious to see if something other than my tooth color will change in the long run.