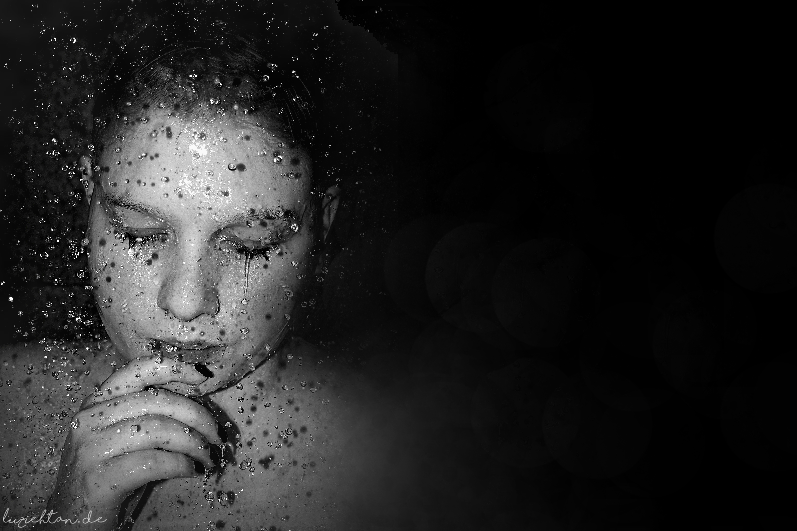 First it’s rage. Then sadness and despair. And what’s left is all that anger. Because such a situation shouldn’t exist. It mustn’t exist.

After all those horrible stories of New Year’s Eve in Cologne, Hamburg and Stuttgart, I kind of feel ashamed of our humanity. On the one hand because of what happened, on the other hand because of the reactions – talking about #einearmlänge (#onearmlength).

But it’s not the victims of such attacks, be they sexual or not, who should change their behavior. It’s simply those disgusting assholes (and I want to add that it doesn’t matter where they’re from, because I’m pretty sure there’s lots to do in Germany to put our own house in order first – just remember the Oktoberfest, for example) who – wherever they are – always find a reason to sexually abuse or otherwise assault their victims.

I’m infuriated about a woman telling me how to behave like a woman – and in this case the victim – when I meet strangers.
Even if I want to walk down a dark alley naked at night, that’s not an invitation or carte blanche for anybody to rape me – no ifs or buts!
A “no” is a no and has to be accepted as that.

This whole topic shouldn’t make us women change our behavior but the culprits’. The behavior of those who think that women are a worthless sex object which you can use whenever and wherever you feel like it.

Those attacks make clear what’s missing in this world: respect. Respect for others.
And respect towards yourself – because when I read how many just play it all down, how many (especially women!) blame the victims, saying that it’s their own fault, it just leaves me enraged and at the same time terribly sad – to hear that even after all these incidents, this voice is still way too loud.

I really hope that someone will get the opportunity and power to change something. To punish the culprits (even though most of the time I have the feeling that in Germany you just have to be afraid if you downloaded something illegally…) and change this whole fundamental problem sustainably.
But we all should become one voice. Starting with our little ones, teaching them respect. How to treat others and accept a “no”. Kindness and tolerance. And that we’re all the same.

My mother always told me: “No one’s better than you, but no one’s worse than you, either.” – everyone should take this to heart.

P.S.: Of course, all this relates to men too – because there’s also a high number of male victims being sexually harrassed and this is also definitely not acceptable at all. 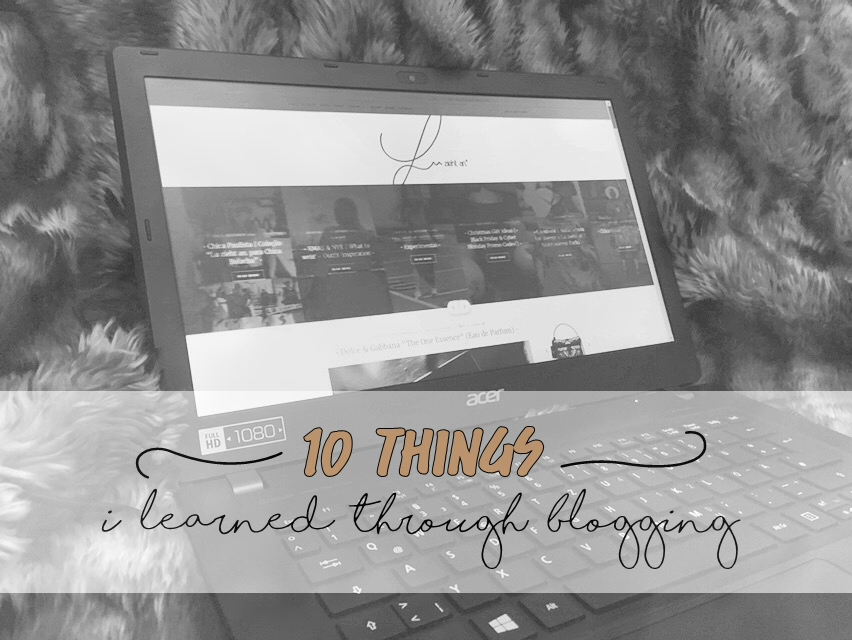 There are many things you learn when you start blogging. Every day is different. When I started blogging almost 7 years ago (crazy, huh?), I did it “just because”, without any motive or goal. I just wanted to share my outfits, that’s it. Today, blogging has become my job, and it wouldn’t be like this if I hadn’t learned a lot. From taking pictures to working on the layout and writing to business talks and trying to make a living with what you love. It’s not always positive, you’ll definitely have a few or even a lot of setbacks. Especially when you do everything alone, it’s hard not to take everything personally, but that’s one of the things I learned, so: here’s my list of the things I learned through blogging. 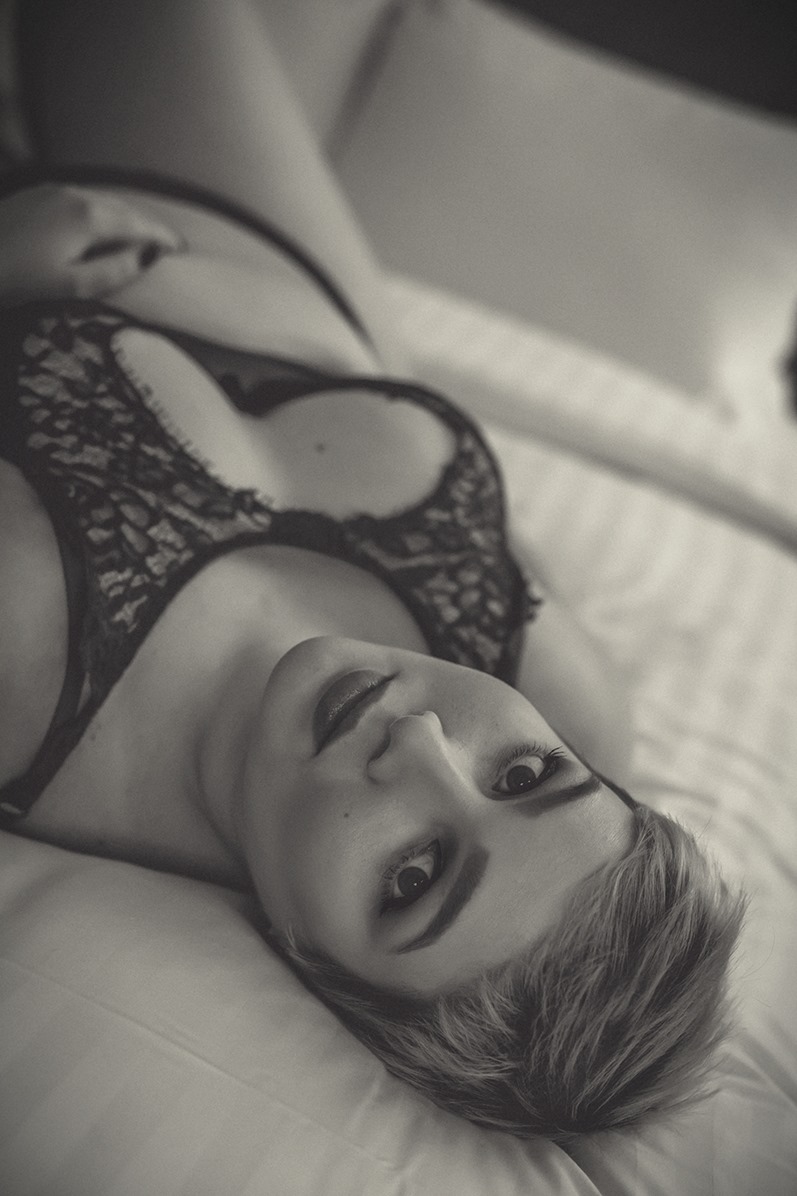 A few days ago, the Victoria’s Secret Show 2015 was filmed in New York and will air on December 8. There was a lot of trouble going on and I felt the need to post a picture on → Instagram, which is supposed to send you a special message. Somehow, I guess that’s not enough, more like a drop in the ocean (and I got to read a few very sad comments from people who either didn’t get the message or just were rude, mindless idiots), but as we should never stop talking about size diversity and body positivity and especially do something against body shaming, I take these pictures from my latest shooting with → Mici (who has this great project → Charosé with her friend → Summer, two great bloggers, by the way!) and want to spread the words I have to say and hopefully change a few minds.

Here’s what I wrote under → my picture on Instagram:

“With all that #victoriassecretshow trouble going on, it’s time to remind yourselves that these models’ bodies aren’t the only body type that’s good – every body can be beautiful, sexy, admirable and something to look up to. You’re not worth less only because you don’t look like all those “Angels” on stage. You’re not less sexy because you have a big belly or thick thighs, you’re not disgusting because you don’t have a six pack or no thigh gap. Please always remember: you’re not supposed to look like an underwear model, they shouldn’t be your number one goal and you’re allowed to be yourself, fully dressed, in underwear or naked. You’re good the way you are. Oh and because I like to promote size diversity and not body shaming: the models look great, that’s not the point! It’s about loving yourself and accepting not only your body but also other people’s bodies.” 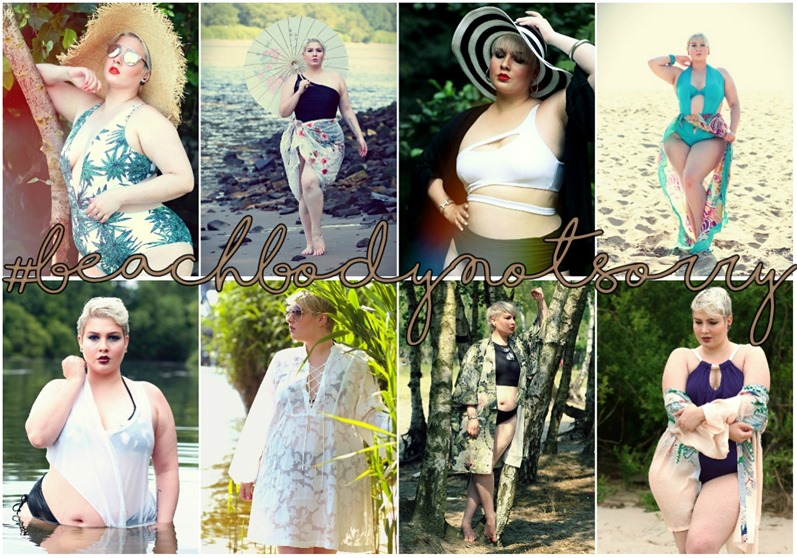 Summer’s over and so is my → #BeachBodyNotSorry special that I have been doing this season. It’s been a lot of fun to share my beach looks with you and it definitely was a matter close to my heart to encourage you all to just don’t give a s*** and head over to the next beach or pool and wear whatever you want, whether it’s a bikini or a swimsuit or you still prefer to cover up a little more with a beach dress or towel. Everything’s okay as long as you feel great. And you should never – I repeat: NEVER – make this dependent on others. Because YOU decide how you feel, how you look, who you want to be – not strangers. Not even your friends or your family. Your body – your rules. And I want to add: your life – your rules.

Coming back to the topic of today’s blog post: in this little recap, I want to show all of my beach looks again and add a few pictures I took on “real” beaches in Brazil during my vacation (a post about it is already in the making, so stay tuned!). And to let you know: it was great. Nobody looked at me in a bad way (at least I didn’t catch anybody watching) and even if – I didn’t care. Because I went to the beach to have fun and I definitely did. I had a great time at several beaches, crowded ones, remote ones, with my family or with complete strangers. Nobody treated me badly because of my body, nobody even mentioned it. All I got was compliments on my beautiful beach wear, on the new bikini I bought in Rio, on what I brought to show off at the famous and not-so-famous beaches. Nobody called me fat or ugly, I never felt like a stranded whale and nobody gave me the feeling that this is not where I’m supposed to be. Because in the heat, that’s where everybody is allowed to be – refreshing oneself in the sea, sunbathing on the beach and maybe even sharing an ice-cold beer with friends.

I really hope that I could at least change one person’s mind and help her to be able to go to the beach without being afraid of being insulted, be it by looks, laughter or words. You’re better than someone else’s small-minded brain that’s not capable of accepting diversity. And you should never listen to these people.