If you’ve been sexually harassed or assaulted write ‘me too’ as a reply to this tweet. pic.twitter.com/k2oeCiUf9n

I don’t even know where to start. I’ve already written about sexual harassment in → this and → this Private post, but I feel like there is more to say, more stories to tell. It’s time to make this problem even more public and concrete in order to make things change. Because it just can’t go on like this.

After Alyssa Milano’s tweet because of the current Harvey Weinstein scandal, the reactions were huge. I, too, put the words “me too” on my private Facebook account because, like – I dare to say it – every woman, I’ve been sexually harassed. Not only once or twice, it keeps happening every single day. Just because I’m online.

Thinking back, I think the first time I’ve been sexually harassed, actually assaulted, happened when I was 15 years old during a one-week internship we had to do thanks to school. I chose to go to a travel agency that’s also a post office. The owner of the agency was a friend of my parents. His son, at that time 30 years old, managed the post office. Of course, I thought he’s cute and interesting (cause with 15, older guys are always more interesting than the stupid boys around you – at least I thought so) but I never thought about what could happen these days. I never provoked it. One of these days I was alone with him, sorting old travel catalogues for his father, when he suddenly appeared behind me and kissed my neck. At first, I was flattered. I didn’t know better. We kissed and during lunch break, he took me home to see his mother, a good friend of my mom – and then he took me one floor up, to his own apartment. Where he wanted me to put my hand on his penis. I refused, said that I don’t want to. He tried to convince me, said that it’s nothing bad, took my hand and put it on his erect penis, over his pants. I felt ashamed and confused, I didn’t want this. The situation was weird and I didn’t feel good about it. The last two days at the agency were weird, I felt dirty and disgusted. Only years later, I told my parents what had happened. This was definitely the worst story of them all in my 27 years on this Earth, being a woman.

I’ve been catcalled by construction workers when walking through the city, during daytime. At a teen party in our city’s “E-Werk” (a party, concert and culture venue), a boy put his t-shirt over my head from behind and rubbed his dick on my ass before he disappeared without saying a word. When waiting for the bus alone at the station in our little village, truck drivers always slowed down and honked when they drove past me – I was probably 16 when it happened most often. Another guy kept grabbing my boobs while kissing though I kept saying that I don’t want this and he should stop.

And then there’s tons of guys on social media, mostly from Arabic countries, that keep sending me dick pics, asking for “nudes”, proposals, weird sex offers (a 17 years old boy asked me to take his virginity) and other “love messages”. This is my daily life on Instagram and Facebook. Just because I post pictures of myself. And obviously because I’m fat and please their fetish and deserve to hear that they want to “suck my asshole dry”.

This is not okay. And what’s even worse, is still that discussion about what women can do to prevent this. NO! It’s still not about us women. It is about men. I’m not saying that all men are sexual harassers. Not all of them do this shit, but all of them are in this and all of them have to change something about it. Those who are not involved in sexual harassment should do something instead of watching and ignoring. Teach your friends, tell them when they’re doing something wrong. It’s not like men and boys are wearing constant blinders and not noticing all this. They just prefer to say nothing cause that’s the easiest way. But this is the worst you can do. Remaining silent when there’s a situation where you should take the fall for somebody – this has to change!

We need to teach our children. Teach our sons that all this is not okay. Teach our daughters that they shouldn’t choose silence when it happens. We need to teach our kids respect, how to treat each other, how to accept a “no” (and that a “no” doesn’t always mean that someone declines you at all, so it doesn’t mean that you have to become insulting and aggressive and – worst case – a rapist). We need to teach men that clothes are not an invitation. Clothes don’t make you a rapist, but your disgusting mind.

We need to talk about it. As often as it’s needed. Until something changes. We need to end the generation of #metoo. I want my friends to be safe. I want myself to be safe. And if it means that I have to write about it once, twice, three times or even more in order to make a change, I’ll do so. I don’t want to remain silent, I don’t want to ignore this problem. And I will always open my mouth to shout when it happens to me, when it happens to others.

As usual, I want to do a short recap after my #BeachBodyNotSorry project and share a few more thoughts about the looks with you. I know that this year’s project wasn’t that “beachy” at all because of the photos I had to take in our garden. I only managed to do one shoot in Hamburg at the Elbe and even this one isn’t at the beach. I’m a little sad about this because, of course, beachwear looks best at the beach. But sometimes, we have to change our plans. And wearing your bikini and swimsuit at home is no shame at all. :) At least I got the chance to spend some time in the sun during a super hot and beautiful summer here in the south of Germany.

As every year, it’s extremely important to me to show you that beach wear is for everyone. You don’t need to hide and you don’t need to wrap yourself in tons of fabric so nobody will notice that you’re not skinny. I’m pretty sure that you all want to have fun in the summer and that nobody wants to sweat in long-sleeved clothes instead of jumping into the water. I also want you to see a body that’s not photoshopped or somehow “perfect”. I have some major cellulite around my thighs, I have stretch marks around my belly and hips (which you can’t see this time because of the high-waisted pants or swimsuits), I have a hanging belly, I’m super white,… The world is still missing enough unretouched photos and “natural” bodies.

P.S.: You can find two exclusive pictures (one of a not shown look on the blog) on Instagram, so don’t forget to check my account – @luziehtan! ;) 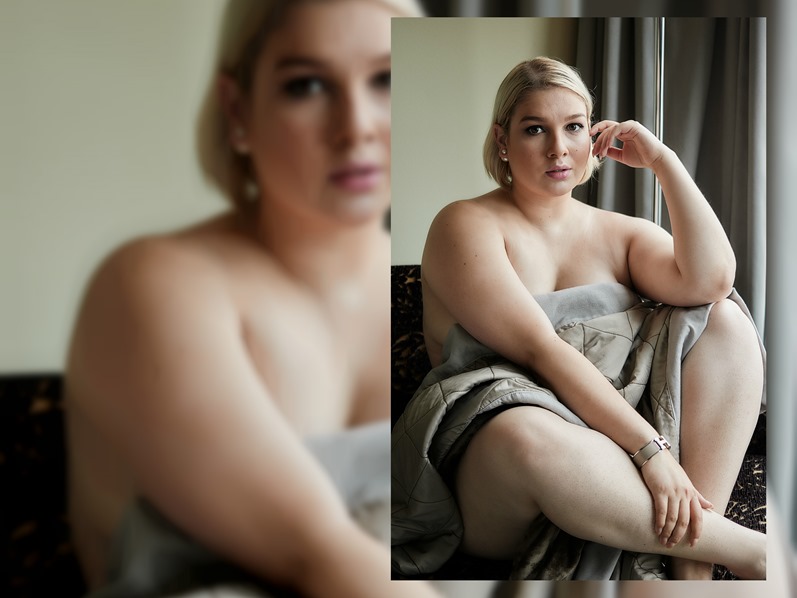 There are posts that aren’t written as easily as you’d think. Today’s post is one of them. I’m still not ready to tell you exactly what happened cause it’s a long and disturbing story and I will need some time to find the right words for it. I just feel like right now, I’m finally ready to write down that I’m single again.

It’s hard to read these words after such a long time in a relationship, after a marriage that didn’t even last three years, but I’m already at a point where I survived the hardest part and feel confident enough to share these news with you.

Being single again at 27 comes definitely unexpected. It’s weird and it’s not fun and I wish I wasn’t, because I’m clearly a person who doesn’t like to spend her time alone. Yet, I’m learning to be alone and I’m also learning how to be my own person of trust. As you can imagine, the separation led me to start the therapy of which I already told you in June. This was an important step of my evolution. As I told you, I’ve been struggling with depression and anxiety for a long time and something as horrible as what happened now definitely put me in the worst state one can be.

Even though I’m not completely ready yet to take you with me on this story of my new journey, my new start, I feel like I’m on a good way and the path is leading me to a better version of myself. Even though I hate being alone (which I’m actually not, cause I’m living with my parents right now and I feel safe and loved), I’m pretty sure that all this is a good thing for me – it’s giving me a new chance to get to know myself and evolve from depression and too much fear to a strong and independent woman – and I’m already making a lot of new steps. 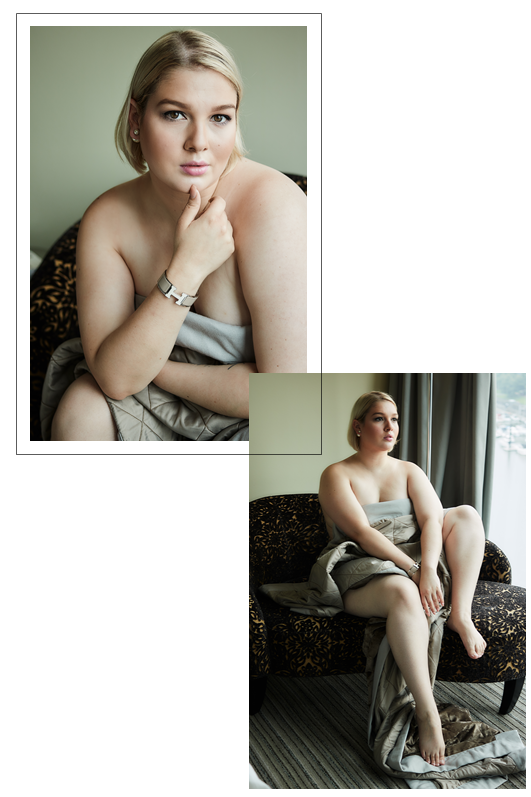 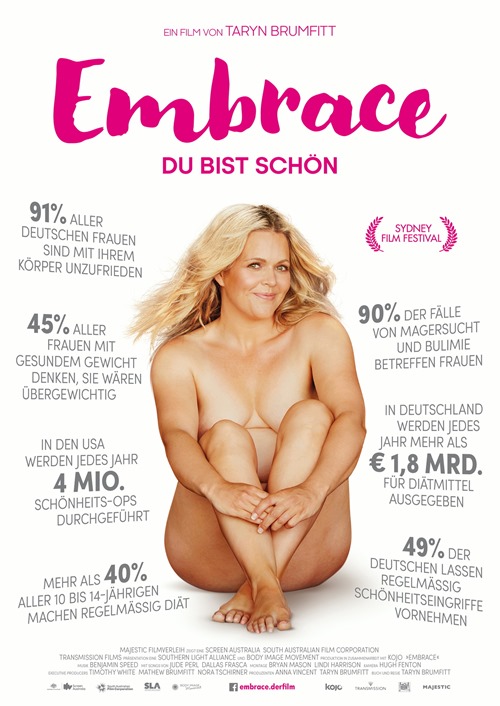