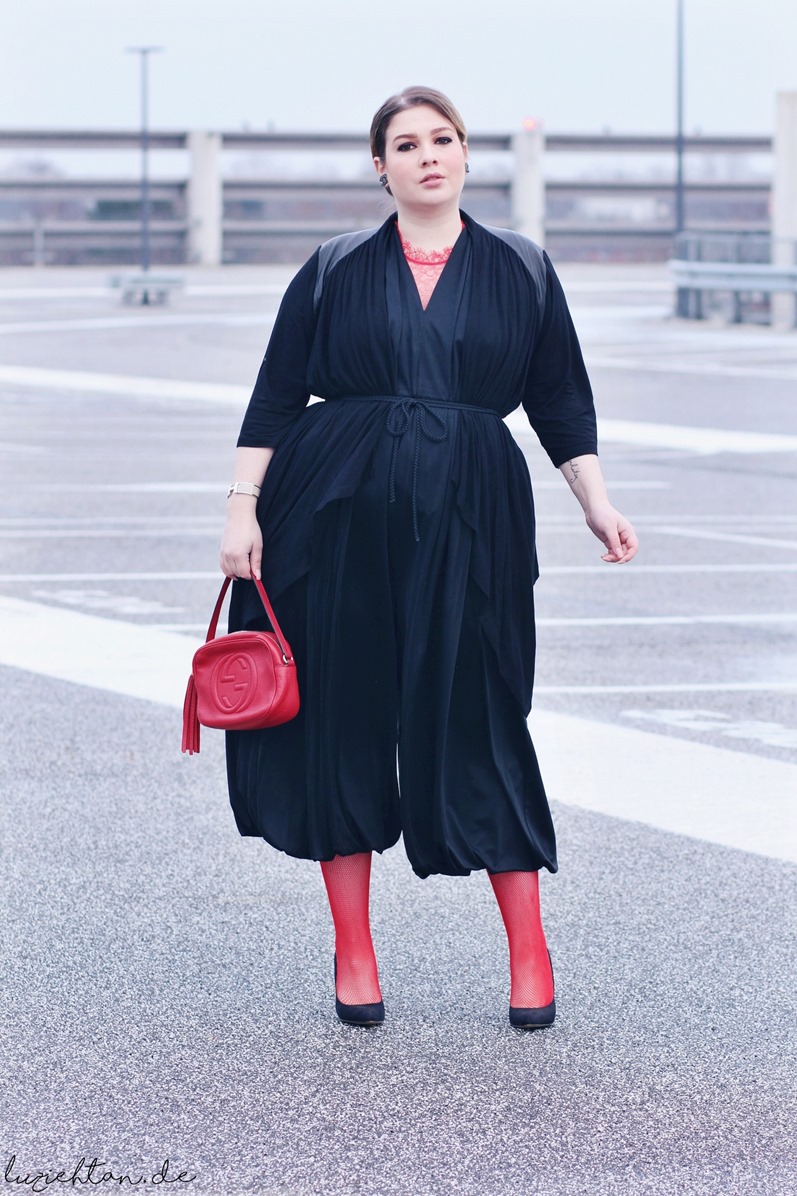 A short while ago, I already revealed on Facebook that I’m part of the → #MeineSchönheit (#MyBeauty) campaign by Dove. It’s a huge honor to be amongst these incredibly amazing and individual women, each one of them with their own kind of beauty, even though our society tries to make them – us – feel like we’re not really a part of it. You’ll never please everybody, I’ve already said that very often, and it is definitely not your number one goal. Your number one goal should only be this: feel beautiful for yourself. Because your beauty is your choice. You don’t have to run after an ideal of beauty or femininity, an ideal which is unreachable for most of us and which we really don’t have to chase after. It’s about yourself, your uniqueness, your character, about how you feel beautiful. So my message of today’s post in collaboration with Dove is:

And since there’s an amazing video accompanying the campaign, please watch it before you scroll down for the rest of this post…

I can definitely relate to this strong message and that’s why I’m so proud to be a part of it. I’m → representing “being plus size AND fashionable”. Because it’s still an issue that people say you can’t be fashionable when you’re fat. You can’t be stylish with “a body like that”. “Fashion is just for skinny people.” And here I am – ready to prove them wrong. ;) Or at least inspire everyone to think it all over and forget these thoughts. Fashion is for everyone!

At the beginning of this post, you can see one of my “classic” photos of my outfit posts. Today, I want to do a “Get ready with me…”, show you how this look came into being and talk about how I found my style, my way to express myself through fashion – my beauty. 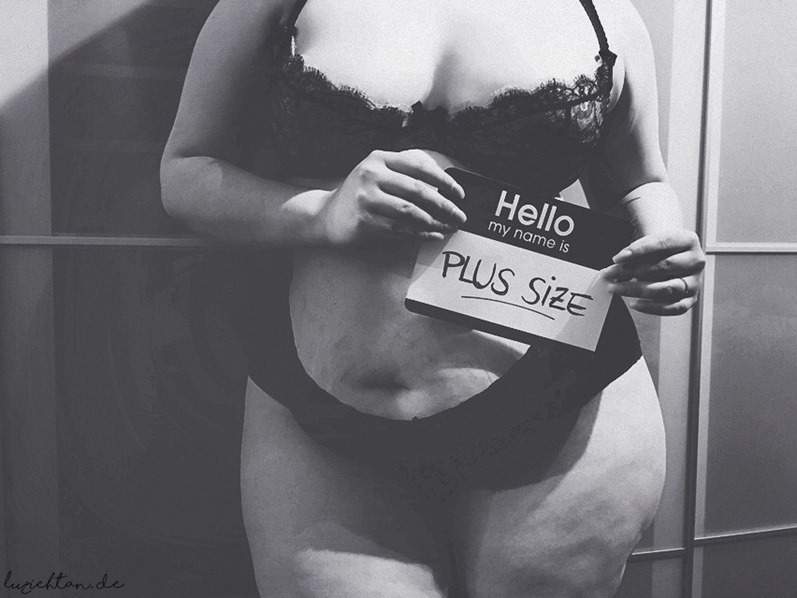 Why I think that #droptheplus is a bad idea…
…at the moment.
(and other hashtag ideas we should use instead)

We’ve worked so hard to make plus size socially acceptable (and we’re still not done with it!). The last two years have been a major success for fat people, not only women but also men. And yet people keep using the hashtag #droptheplus, asking everybody to stop saying or using the term “plus size” – as if it were a bad thing!

Let’s not lie – fat isn’t the same as skinny (duh!). And it will still take a long time for everybody to understand that even though we don’t all look the same (especially when it comes to our body shapes), all (sizes) are equal. Of equal value and equally beautiful.

It isn’t wrong to use a special term to describe plus people, as long as we don’t make it a negative one. So:  #dropthenegativity!

Mankind has always liked and will forever continue to describe things, that’s why we have such describing adjectives as skinny and fat, but also tall and short, blonde and brown-haired, green-eyed and blue-eyed,… and usually, these adjectives are used in a neutral or even positive way. It’s never bad to be a tall, skinny, blonde and blue-eyed girl. Or being a short, skinny, brown-haired girl with green eyes. The only bad thing a girl (and also a boy) can be is fat. Fat is ugly. Fat is negative. You could even start to cross out “fat” in the dictionary and replace it with “ugly” – nobody would even care. Just that you wouldn’t have a specific word left to really hurt somebody. “You’re fat!” – it’s not “you’re resentful, envious, deceptive or intrigant” that’s bad. You’re only disgusting when you’re fat.

Why do we always see our body as our enemy? It’s a gift, a miracle – and it is our friend!

And yes, I do understand that maybe, by dropping the plus, the fat, the ugly, we’ll be able to make fat the same as skinny. But still – even if we don’t mention the difference, it will still be there, you can see it and people will notice it and – at least in their heads – make up their minds about it. If they don’t think about you with the word “plus size”, they’ll probably do it with the word “fat” or “curvy” (or one of those horribly ridiculous words for fat women like “fluffy” or “queen-sized” – please just stop using them, they’re embarrassing!). And that’s okay. Because we don’t look the same. And this is something we should be proud of. Proud of diversity. Proud of us being individuals and not copies.

#curvysexa-fuckoff
(well, maybe don’t use this as a hashtag…)

I’m more than disappointed when I see people use the hashtag #droptheplus, especially when it comes from plus people themselves. We even have plus-size role models and pioneers like Ashley Graham saying that they don’t want to be called plus. And this makes me angry. Because people like Ashley are not only changing the world as a plus model (!) but also making money out of it. Ashley isn’t known for being one of the regular models on the cover of “Sports Illustrated” – she was the first plus-sized model to be there. She’s being paid and is known for being plus and being amazing just like that – and yet she prefers being called a stupid and ridiculous word like “cuvysexalicious” – because being sexualized due to your curves seems to be better than being called fat (well… – but we could be at a point where especially thanks to her we could turn “fat” and “plus size” into something positive!).

Dropping the plus would be the same as ignoring who we are. Because we need to claim back the words fat and plus size and make them as neutral and positive as all those other describing adjectives – because being fat is nothing else but the same as all the other body types. As long as we feel good being ourselves like that.

There may come a day when the world is ready to stop describing and dividing in categories, but until then, let’s just stop being so superficial. Let’s be fat and skinny, tall and short, blonde and brown-haired, blue-eyed and green-eyed – and show everyone that this is just the surface of endless adjectives that make us wonderful, amazing and beautiful. Because we’re more than just our bodies.

Not much time and I will have been blogging for 8 years (10 to be precise, but this blog has existed for “only” almost 8 of them). Back then in 2009, blogging was different. After I started blogging about my daily life on a personal blog (and believe me, this wasn’t as interesting as it might sound because it was only about school and music and pretty sad all the time), I found out that there’s more – fashion blogs, beauty blogs, well, blogs about a special topic. One day, I was sick in bed (uh, tell me something new!) and decided that I wanted to do a fashion blog – but not a typical fashion blog. One that’s only about my outfits. And that’s how “Lu zieht an.” started.

At first, it was kind of weird. My few friends (half of them were men) were never that interested in fashion. They were pretty basic when it came to outfits, while I was rather “different”, extrovert and extravagant (hasn’t changed, right?). Of course, they left comments because they were my friends but – let’s be honest! – they surely weren’t really interested. I began to follow other fashion blogs – and beauty blogs. Commenting was the most important thing, interaction with other bloggers, with your readers – discussions and simply nice words. When you left a comment on someone else’s blog, people would come and check out who you are. And leave a comment. That’s how you grew your community, your followership – your reach. And it was worth a million because active followers are what keeps a blog alive, what makes a blog a blog and therefore something different than a magazine. Something personal yet public – a place to be for everyone. 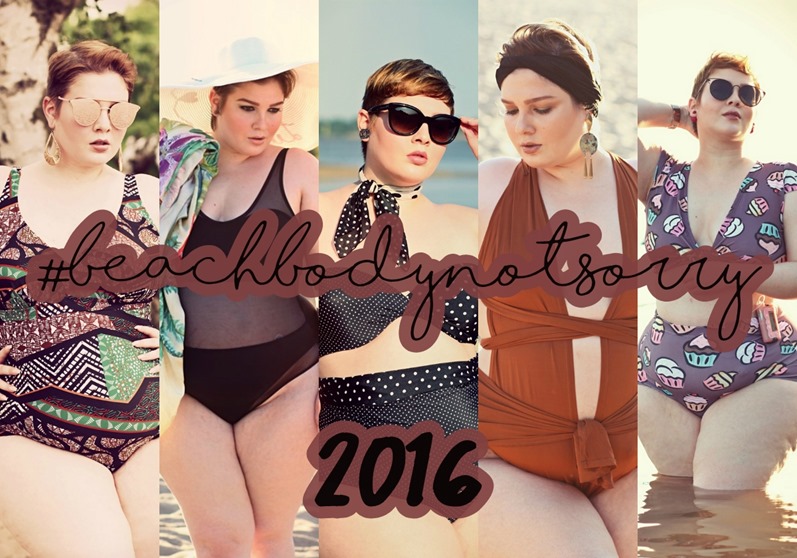 It’s already pretty cold outside but I still want to quickly talk about this year’s #BeachBodyNotSorry project and have a look at the beach outfits I wore this season. I kind of felt that plus-sized beach bodies were more present than ever in 2016. Of course there were a few very important moments like → Ashley Graham on the cover of “Sports Illustrated” or the most recent → “All Woman Project” launched by Clementine Desseaux and Charli Howard (featuring some amazing beach wear by Phylyda – I hope I can work with this brand next year!). But we also had bloggers showing their beach bodies everywhere and it makes me proud to say that I’m a part of this – again.

Unfortunately, this time I couldn’t show as many looks as → last year – on the one hand, there simply was a lack of new beach wear (I just didn’t want to wear everything again, but neither did I want to spend loads of money on new stuff – cause our summer in Germany isn’t long enough to hoard uncountable masses of bikinis and swimsuits), on the other hand, I missed almost 90% of our summer because I was very sick. Even beginning to shoot before the start of the official beach season wasn’t that helpful, so I only managed to do five looks (plus two “covered” beach styles, meaning: one with a kaftan and another one wearing transparent stuff over my bikini).

So let’s recap my #BeachBodyNotSorry looks of 2016…