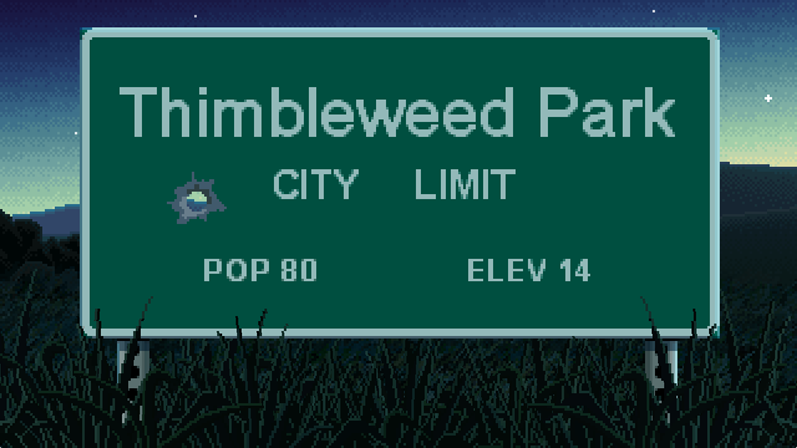 Today, I’m giving my first game review a shot. I’ve offered you to write about → “Thimbleweed Park”, a new game from the designers of “Monkey Island” and “Maniac Mansion”, Ron Gilbert and Gary Winnick. And if you didn’t know it yet, I’m a huge sucker for old point-and-click adventures and/or those in pixel design because thanks to my super cool dad and one of his good friends, I grew up with “Monkey Island” – and this makes for an amazing childhood. ;) But to be honest, I’ve never played “Maniac Mansion” but I’m willing to make this up, as well as finally play some other games like “Day of the Tentacle”, “Loom” or “Grim Fandango” (always somehow mentioned in the “Monkey Island” games, but somehow they never caught me that much). By the way: I’ve also really loved “Simon the Sorcerer” (I and II only!), so if you don’t know it yet, you better change that just as I’m going to with all the other classics! ;)

I wish I had known earlier about “Thimbleweed Park” when it was a kickstarter project – I would totally have spent a lot of money on that, at least to have a physical copy of the game and maybe even to be a part of the phone book. ;) I just heard about the game about a month before it was launched on March 30, so it was too late to be one of the backers but I was happy to support it not only by buying the game the second it was finally available on Steam but also by purchasing the soundtrack of the game (which is absolutely awesome and fits the game perfectly!).

I don’t want to write too much in order to make it an entertaining review and of course, I won’t spoil you in any way, so if you feel like reading what I have to say about this marvellous game: go on… ;) 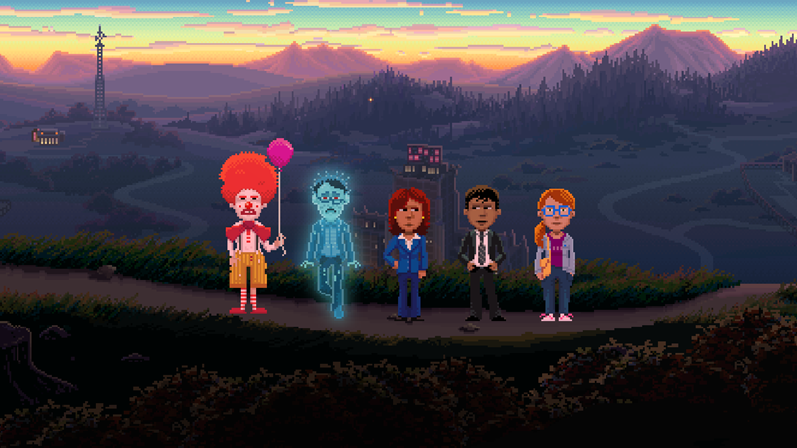 So, “Thimbleweed Park” is set in 1987 (the year “Maniac Mansion” and only 3 years before “Monkey Island” came out – watch out for a few little puns about that!) and the story begins – after a short initial tutorial session in which you’re playing a German business man – with a dead body pixelating under a bridge and two federal agents who will be investigating in this case. These are just two of five playable characters in this game.

As you can see in the picture above, there’s:

• Ransome, the clown – a very grumpy guy who loves to curse
• Franklin, the ghost – his last will is to speak to his daughter again
• (Senior) Agent Ray – she’s definitely not just working on that dead body case
• (Junior) Agent Reyes – also not only searching for answers about that murder
• Delores – a game developer wanting to find out what happened to her father and uncle

Of course, there are more funny characters in the game, for example the sheriff of Thimbleweed Park, who seems to be the same person as the coroner AND the hotel manager – but why’s that? You’ll get the answers in the end, don’t worry. ;) 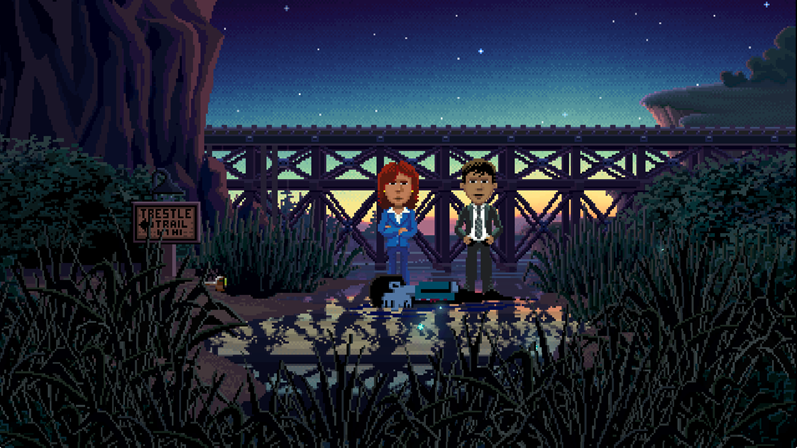 You will be able to switch between the characters almost all the time and as you can imagine, it’s not just for fun but also to solve many amazing mysteries (sometimes, you can only get something with one specific character and then have to hand it over to another one), some easy, some pretty hard. Here’s an extra tip: playing in “hard” mode will definitely be more enjoyable and includes a few funny sidelines (like a chainsaw – hardcore fans of these good ol’ games will know what it means – will we finally be able to make it work?) while the easy mode is missing loads of puzzles. My first playthrough was in hard mode and it took me around 16 hours to play – at some points, the riddles were obvious and easy to solve (I guess that’s also one of the benefits of loving classic games), but then there were some rather tricky ones which took me almost an hour to finally be able to go on in the story. 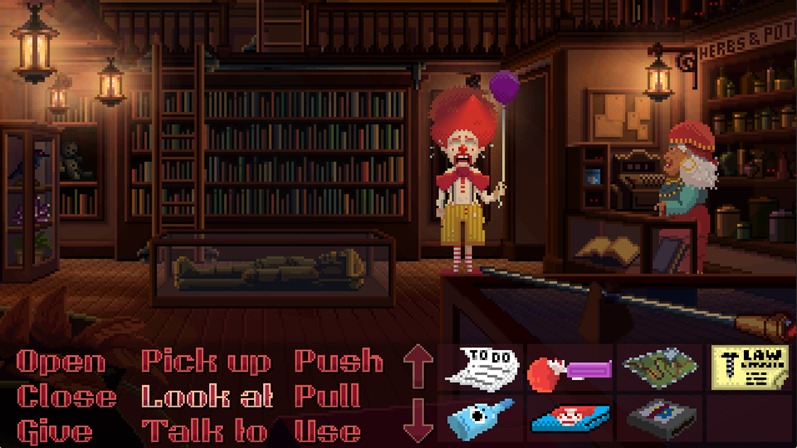 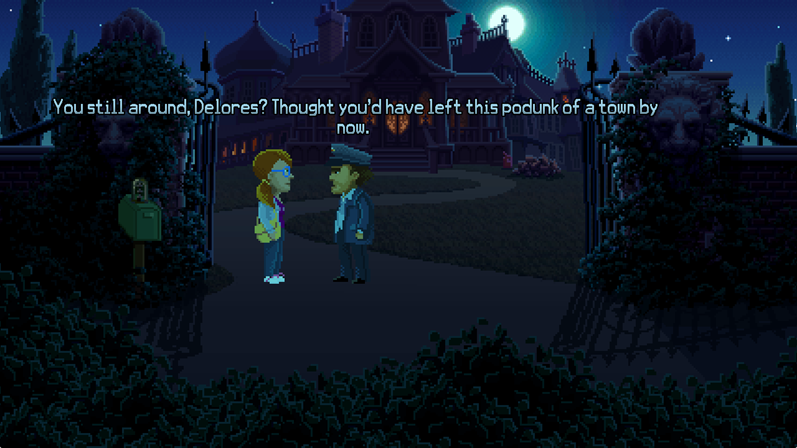 The story has nine chapters and while it all starts with that pixelating body under the bridge, it goes on with some real “AHAAAA!” and also “WTF?!” moments. The end was absolutely mind-blowing and I was like “Whaaaaaaaaat?” and then I was like “Haaaaaaaaa!” and when the end credits came up (by the way – do not leave your screen, they’re amazing and there’s another easter egg for us hardcore fans!), I felt like I had really been a part of the game, lived all those stories, solved all the mysteries and it felt amazing. :)

There’s not only the murder case but also the story of uncle Chuck and his testament, the many vacuum tubes and TRON machines, the 20-year-old case of the burned pillow factory and, of course, the whole question how these five people fit in all this together.

Anyway – it’s not that easy to say enough without telling too much, so I’ll leave my review like this and just tell you that if you love those classic adventure games with the lovely interface and the extraordinary humor, don’t think twice about it and go spend those $19,99 (if you love “Monkey Island” as much as I do, you’ll always remember to “never spend more than 20 bucks for a game”) on this happy feeling of nostalgia and childhood (at least for me) – it’s worth it!

“Thimbleweed Park” is (currently) available through Steam for Windows and Mac, for Xbox One, iOs and Android.