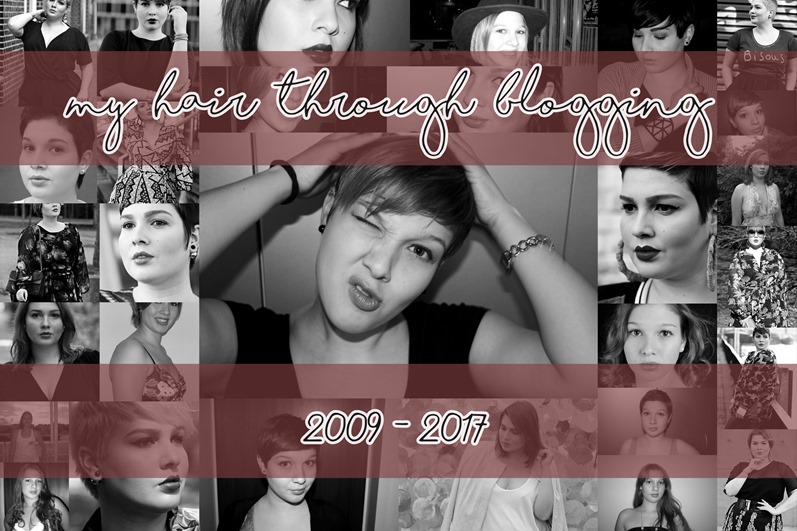 Since I’m at my hair God today (let’s see what happens – I was thinking about trying the “Holographic Hair” trend but I’m not 100% sure yet), I thought it could be interesting to have a look back at my hairstyles through the years of blogging. I guess I already had a few different cuts and colors and it might be something nice to see. Even though I really love to experiment a lot, I think the short hair is the style that fits me most and with which I feel most like myself. Of course it’s weird to say that, since I’m currently rockin’ a bit longer hair and looking forward to letting it grow through summer just because I want to have something else going on on my head, but the short hair is “me” and I’ll definitely come back to it again. Always.

I started my first year of blogging with a bob and dark blonde hair. Probably the shade that’s most similar to my natural hair color and also the one that suits me best. I actually like that cut even though it’s kind of boring and not easy to style for me because of my super thin hair. 2009 was also the year when I finally cut my hair short. It wasn’t the first time (the very first one was in 2007 but I couldn’t find any picture of it – good, though, cause the cut was horrible).

2010, my hair got even shorter because I was very experimental – but also because my hairdresser ruined my hair when I wanted a specific cut. I had to change salons and found a great hair stylist who made my dream of being blonde come true. Bad idea, as you can see, and I wore it for only two days because I felt so horribly ugly with that color! I tried to dye my hair by myself (back to light brown) and it got → orange, which brought me to another salon (emergency on a Monday – usually, the salons are closed on Mondays here in Germany…) and my hair ended up a bit darker than before.

Haha, I can’t believe it was in 2011 that → I tried extensions – time flies!! After rocking very short and very dark hair, I decided that I needed a change and because the hair looks weird during the process of growing out a pixie, I teamed up with Great Lengths for it. I was super thankful that they gifted me with the long hair, but the salon they chose for me to get the extensions done was very, very bad – after years and many hairdressers, I finally understood that it definitely wasn’t the fault of Great Lengths or me, it was the hairdresser’s. She chose the wrong hair for me (too thick and wavy – my hair is super thin and sleek!) and she applied the bondings way too close to my head. → You may know the story – my scalp actually started to get pimples with pus and became inflamed. The pain was horrible and after a week, I had to have the extensions removed. I’m still sad about this because extensions wouldn’t only mean longer but also fuller hair for me and this is something I’ve always been dreaming of. Well – back to short hair again, but this time with a new fringe style.

Black hair, don’t care – in 2012. Last year, my hair stylist screwed up and I got almost black again and didn’t feel good with it. Funny how my taste changed! I really liked the super dark hair back in 2012! But after some time and letting my hair grow, the bob was back! With a soft ombré from brown to caramel. I kind of miss this! Then, I just let my hair grow and grow and grow…

As you can see, the hair continued to grow until I got a correcting cut at an event. To be honest, I don’t like my hair cut in layers, I prefer a straight cut, but it was nice. Anyways, I felt the need to come back to short hair at the end of the year. 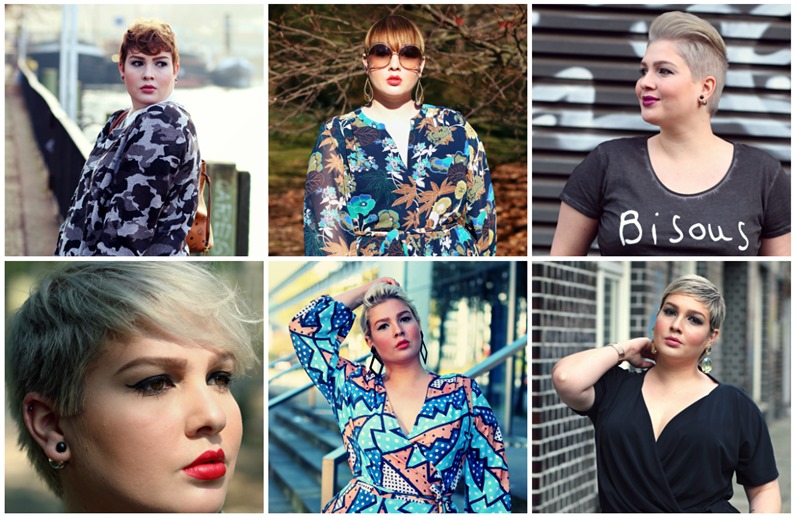 2015 was the year of big and many changes. I guess when you let your hairdresser do whatever he wants, you just end up with some major changes every time you visit him. ;) I’ve always been a “it’s just hair, it’ll grow back!” person, so it was never a problem for me to cut it super short or so. There are only two important things for me: 1 – I need to be able to style it by myself and 2 – it has to work with my style (that’s why I never had red hair, for example). In 2015, I finally dared to go gray and I loved it so much, but my hair didn’t, so the color quickly turned yellow, no matter what I did. So we made it white, let my natural color in and at the end of the year, had to cut it pretty short because I lost a lot of hair on top of my head during our vacay. Guess the mixture of bleaching your hair plus loads of sunshine wasn’t good. One day after showering, I looked a bit like a monk (HORROR!)… That’s why 2016 was the year of leaving my hair without chemicals so it could get some rest. :)

And from short back to longer hair… My hairdresser wasn’t available for more than six months and since I don’t trust anyone else, I had to live with this mop on my head and make the best of it. :)

Right now, there’s nothing special yet. Let’s see how I’ll come back home today! :) As I already mentioned, I was thinking about “Holographic Hair” because it looks so beautiful. But then again, I’m not sure if it works with my “has to work with my style” rule. I’m pretty extravagant but still like the elegant and classic look for my hair. I truly loved the white hair, as well as the white-gray combo with my natural hair. I also love the brown-and-caramel bob. And I wish I had fuller hair, so I’m really thinking about getting extensions again, or trying out hair thickening. I’ve got hormonal hair loss on top of my head (not the same as in 2015) and am taking meds for it, but I guess it will take some time until it will look normal. Short hair kind of hides it, but at the moment it’s pretty visible and I don’t feel good about it – but I want long hair for some time before going back to a pixie. Decisions, decisions…

Now: back in time!

From seriously bad (What’s going on in 2007?! BTW: this was my natural hair, I had actual natural wave-locks-whatever and after I cut them in 2007, my hair changed to super thin and straight – isn’t this crazy??) to my first kind of short hair in 2008 (that’s the first short hair I mentioned, but already grown out for some time)… 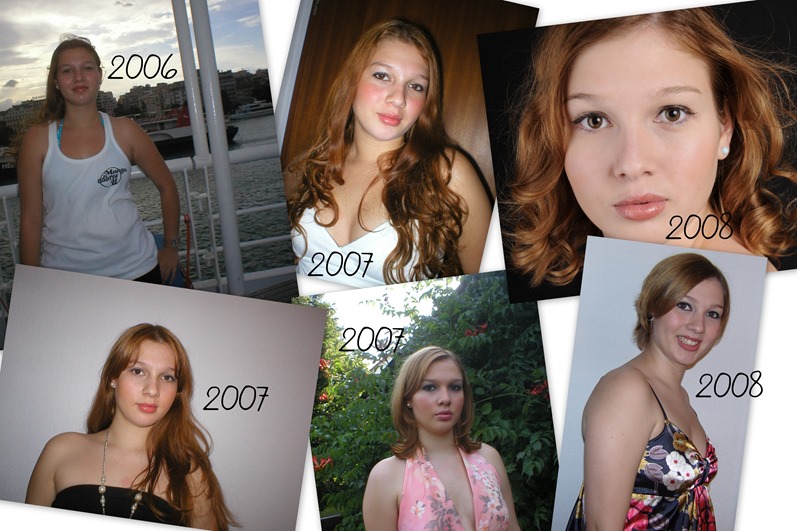 • My 9 Favorite Plus Size Instagrammers •