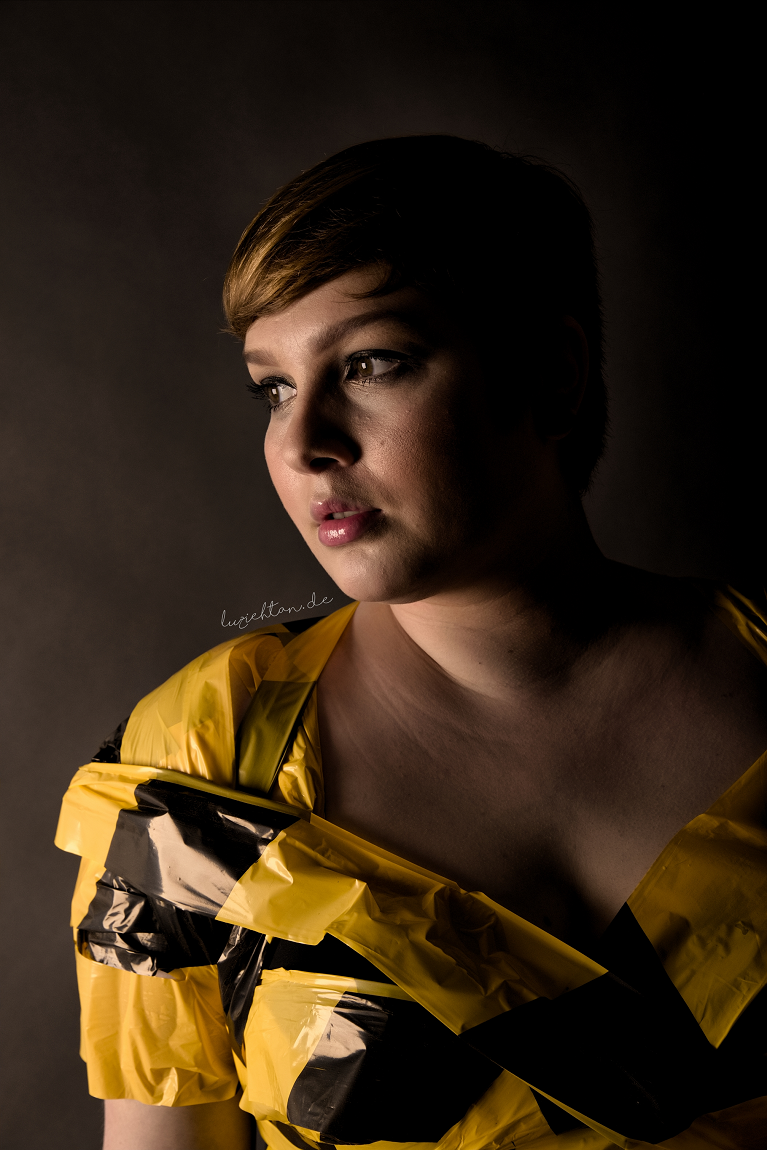 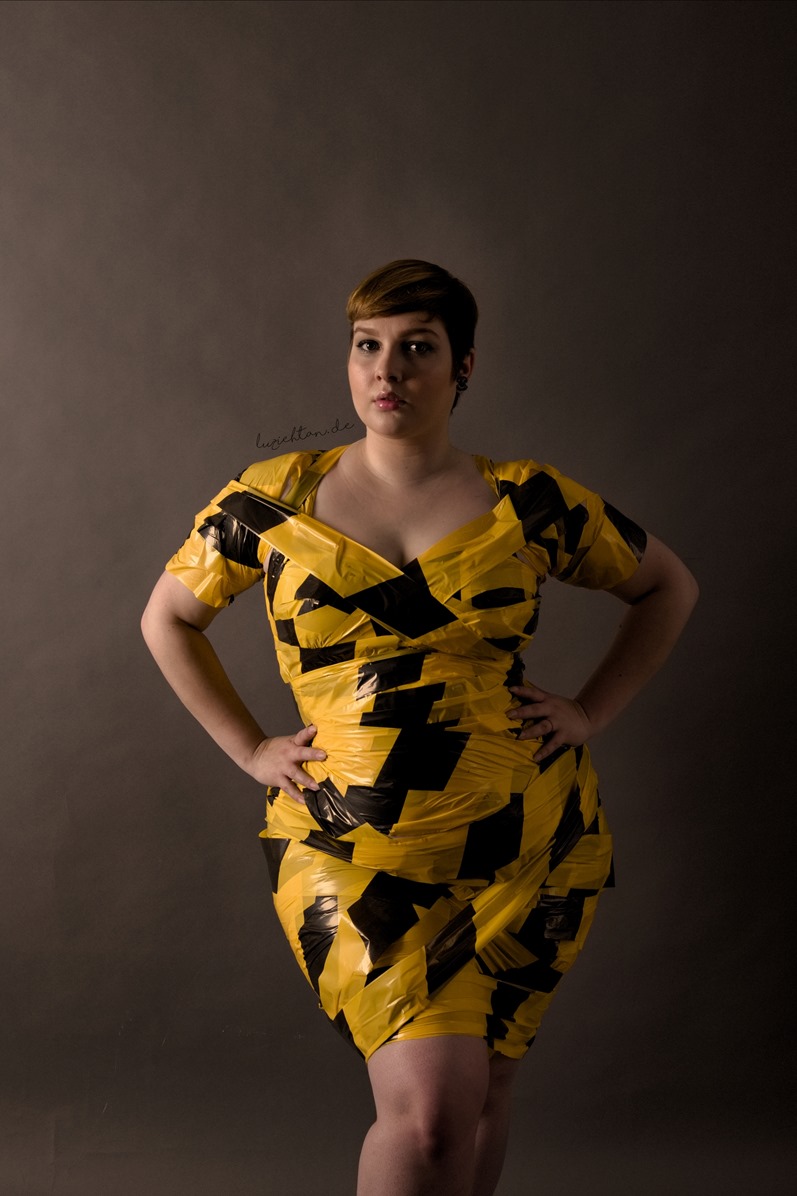 Today’s topic is sexist behavior, fat as a fetish and my feelings towards it all. I know that my point of view may not be everyone else’s, but it is something that I want to write and express my thoughts about because with the ongoing growth, especially on my social media channels, the messages which I receive and which are obviously sexist come way more often than they should. Actually, there should be none. Because my body belongs to myself, even though I show it to you, to everyone on the Internet, and therefore also to many people who have a fat fetish. Being in public doesn’t mean that strangers are allowed to write me private messages on Instagram and/or Facebook asking for nudes (or foot photos or my old shoes), sending me pictures of their penises, proposing to me (of course, I’ll totally say yes and marry someone who didn’t even think of introducing himself – and forgot to check if I’m already married!) or asking to be my slave. My body is not their fetish and I’m not here to be a part of their inappropriate sexual behavior on the Internet.

Being fat. For some, it’s the most disgusting thing in the world and the only look a woman should never ever have because you can’t be something worse (like a murderer or so). For others, it’s the most desirable thing ever and it gets even more erotic when the woman gets fatter and fatter. Somehow, it’s become a black and white thing, even though of course there’s also a gray zone in which people simply accept that there are also fat people on this planet and they’re allowed to live and be fine (and even there are some different shades of gray, from those who don’t like – to see – fat people to those who are absolutely okay with it) or not so much. But those who desire fat women and call them words like BBW or SSBBW (which includes a very special fetish that I didn’t even know about two years ago and is called “feedee” – you don’t want to google it! – and even though I keep talking about acceptance of all bodies, I think this is one of the worst fat fetishes ever – probably because I think it’s wrong to make someone eat so much that they ACTUALLY get health problems, as opposed to the all-time → “you’re glorifying obesity” discussion when I speak up for fat people!) seriously have been the worst people I’ve ever met during my time as a blogger. I keep receiving messages, especially from Arab countries and India, from older men who post pictures with their (sometimes little – sometimes not) daughters on their accounts, telling me how beautiful I am (well, that’s the more harmless version), others doing so in a language and letters I don’t understand at all, but when I ask Google Translate they’re obviously wanting me to be their wife and “make me happy”, and then there’s the repulsive part where complete strangers ask me for naked pictures, send me their dick pics without even saying “hello” first (not that I’d even want this) and so on.

I know that especially in these countries (but I’ve also experienced those messages from Germany and all around the globe), fat women are the absolute ideal and a true sex symbol. I understand that it’s part of their culture. But shouldn’t it rather be part of their culture NOT to write women they don’t even know such messages? To have respect for a woman, to – like they like to call me – treat her “like a queen”? Isn’t it part of being respectful not to write me sexist messages, not to write someone who is the same age as their daughters in the pictures? Isn’t it part of being respectful to stop treating me like I’m a trophy on the free market – especially just because I’m fat. Just because I show myself as I do, I’m not an easy lay who says yes to everything!
My body pleases their fetish, that’s okay, and I accept every fetish as long as it doesn’t involve children and animals being hurt, and those who are against somebody’s will, but my body is not online to be sexually pestered by them and I don’t want to be personally involved in their impudent lecherousness.

When I post a picture in a bikini (by the way: this year’s → #BeachBodyNotSorry starts this Friday!) or even → underwear, I don’t do this to make these men happy. I do it to encourage and empower other women – women who have been told all their lives that “you can’t wear a bikini”, “you’re not allowed to look sexy in underwear”, “you can’t wear a tight dress with that body”! I want them to see that there are many different body types and while mine is one of them, it may be similar to someone else’s, to that of a woman who’s always thought that she doesn’t deserve to feel good, that she’s not allowed to wear these kinds of clothes.
I don’t do it to keep reading “you’re so hot” and other sexist comments (especially not with sweating emojis!) from strange men under my pictures, not on half-naked pictures, not on dressed pictures, not under my food photos or anywhere. I’m not asking for confirmation of my looks from men who have a fat fetish or men at all (to be honest, I’m actually not asking for confirmation from anyone because I post my looks to inspire and not to ask if it is okay that I’m wearing this or that) and I actually think it’s absolutely disgusting when old men or fathers (!!!) leave me a message telling me how hot I am and what they’d like to do with me. I don’t appreciate these things – I delete them. They’re not flattering – they’re harassing.

And finally, a question to think about for these men: would you like it if some stranger did the same thing to your wife, girlfriend, sister or daughter? 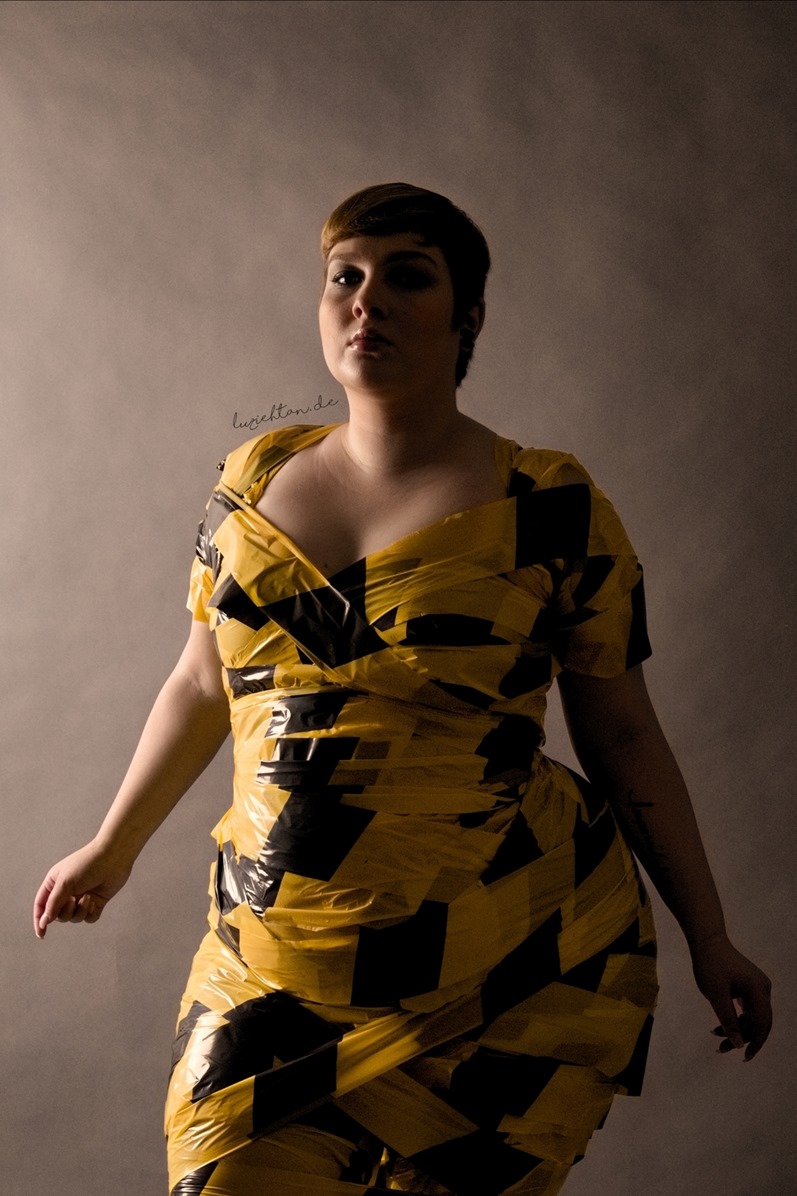 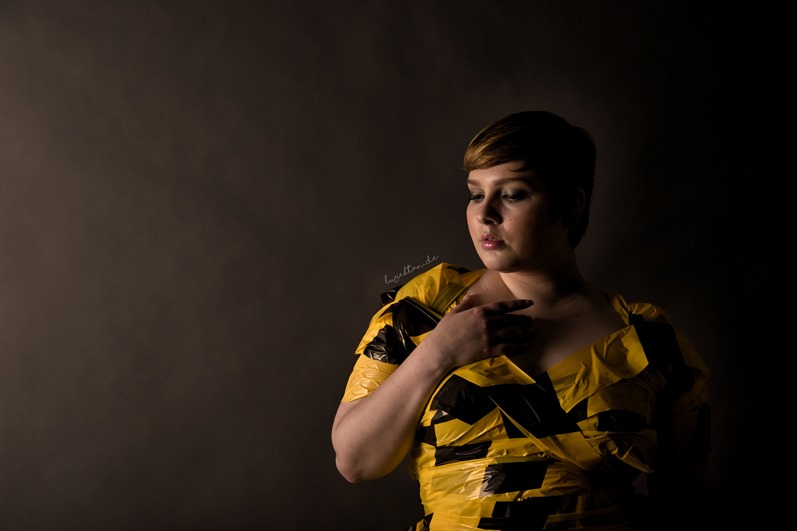 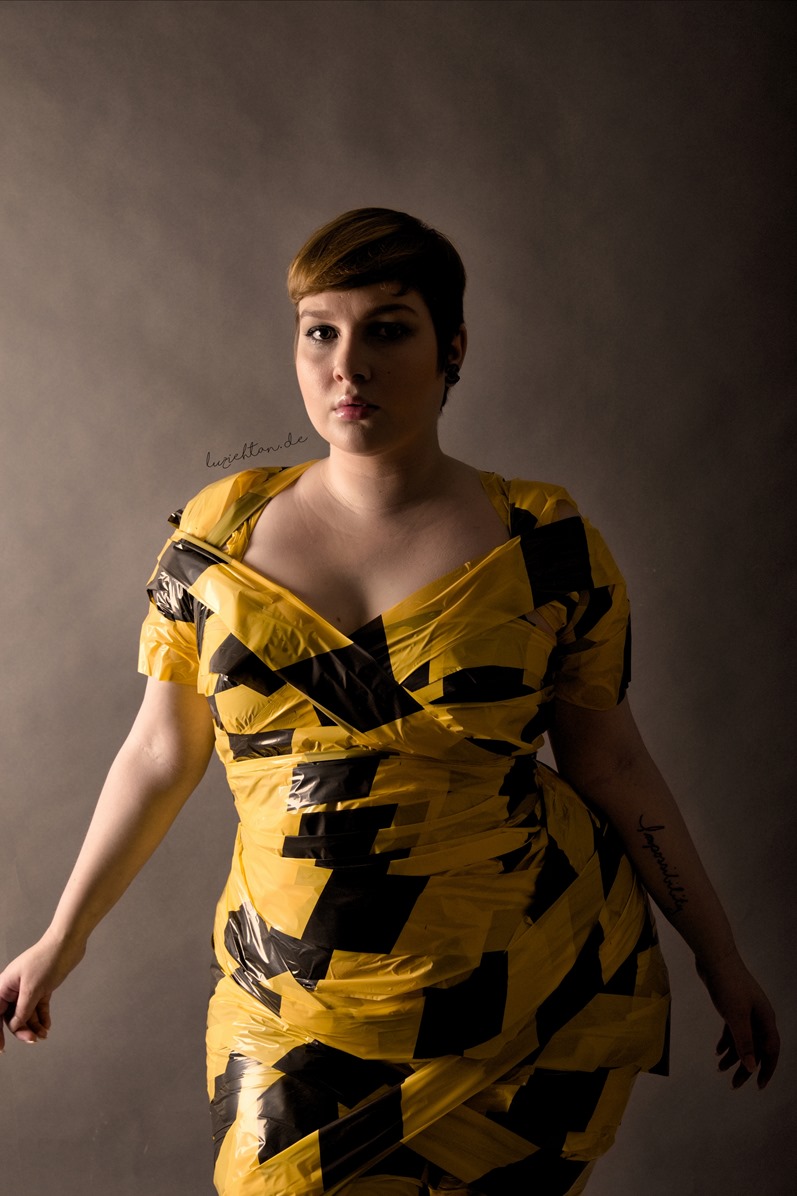 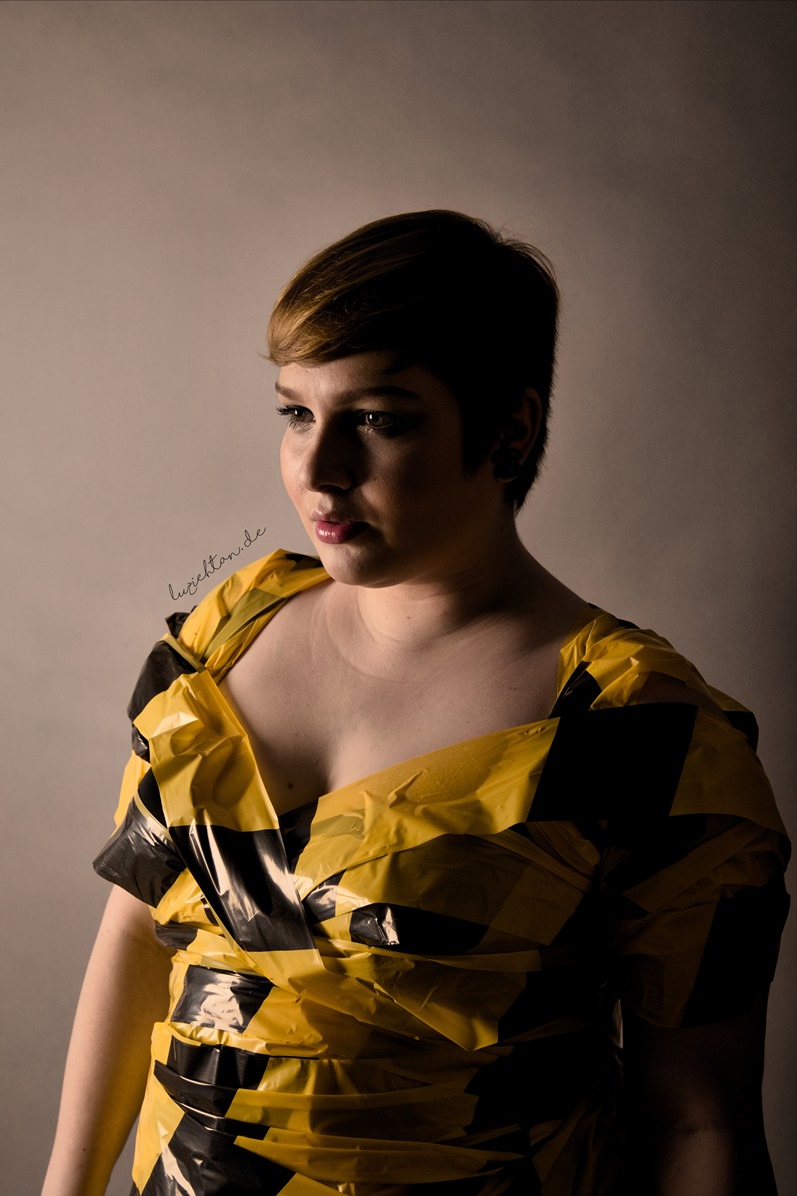